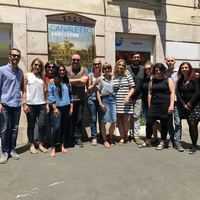 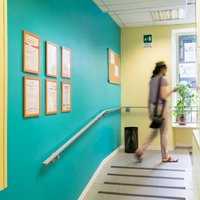 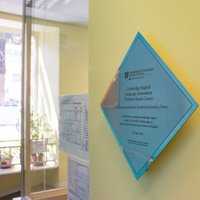 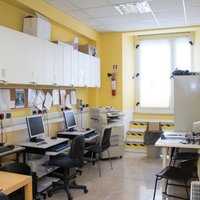 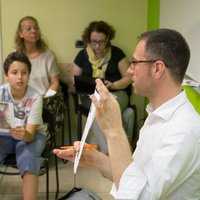 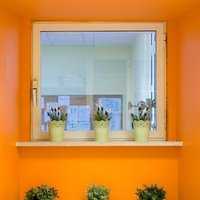 The Teacher Training Department at International House - Accademia Britannica in Rome started as a CELTA and DELTA centre more than forty years ago to cater mainly to the needs of the local International House schools. It expanded, however, to become the largest in Italy, in response to the growing demand for training courses in both public schools and private institutions. In 1997 the Department was one of the first in the world authorised by Cambridge ESOL (now Cambridge Assessment) English to pilot their new Extension Course for Teachers of Young Learners. Over the years we have prepared more than three thousand five hundred candidates from all over the world for careers both in Italy and abroad.

International House - Accademia Britannica is centrally located and close to the Colosseum, San Giovanni in Laterano and the main railway station (Stazione Termini). Course participants have access to our fully equipped Study Centre and its extensive library of materials for lesson planning and reference. Trainees are also provided with their own room that includes photocopying and IT facilities, and wi-fi is available in the whole premises.

We do not offer a job placement service but due to our reputation and long-term experience we receive job offers from language school in Rome and Italy.
We also run a seminar on CELTA courses about employment support and job searching

International House - Accademia Britannica can arrange self‐catering accommodation in single rooms, if needed, only for students over intensive TEFL courses.

Rooms are either in families or students’ flat according to availability at the moment of request; most “families” are people who live on their own.

Cost of accommodation varies between € 450,00 and € 520,00 for 4 weeks, according to location and type of flat. A down payment of € 100,00 is to be paid at the moment of enrolment; the balance of payment must be paid on arrival directly at the family/flat.

Trainees have a single room at their disposal and use of bathroom and kitchen; use of other facilities depends on the host family and will be specified at the moment of booking.

Accommodation is arranged from the day before the course begins until the morning after it finishes.

International House - Accademia Britannica does not charge any fee for help with accommodation, but simply acts as a go‐between and is therefore not responsible for day‐to‐day problems which may arise.

Seat of imperial power in antiquity, home of the popes for two thousand years, Rome has long been one of the world’s most popular destinations. From the Colosseum to St. Peters, from Piazza Navona and the Pantheon to the Roman Forum and more than 900 churches, the Eternal City is an artistic treasure like no other on earth.

According to legend, the city was founded in 753 BC by Romulus and Remus, the orphaned twins who had been suckled by a she-wolf, whose bronze likeness in the Capitoline Museum may date back to the time of the Etruscans.

Archaeological evidence dates the first actual settlement, a group of simple huts on the Palatine Hill, to a time scarcely a century earlier. It was from these humble beginnings that Rome developed into the Caput Mundi, the capital of an empire that encompassed the Mediterranean, stretching from what is now Iraq all the way to northern Britain, only to shrink back in the Middle Ages to a lazy backwater town where sheep grazed in what was once the splendid Roman Forum.

Its position as the seat of Western Christianity guaranteed that a growing European civilization would find its fullest expression in the city of Rome. The patronage of the Church brought great artists to the city, and the Romanesque, Renaissance and Baroque churches containing masterpieces of mosaic, painting and sculpture stand cheek by jowl with the remains of Classical antiquity. One of the most remarkable aspects of Rome, in fact, is that the depth of its history remains visible to the eye, its successive periods of greatness sometimes even represented in the same structure.

Many of the city’s marvels lie within easy walking distance of the conference venue. Ten minutes walk down Via Labicana will take you to the Colosseum and the adjacent Forums, as well as to the nearby Palatine and Capitoline hills, seats of power in the ancient republic and empire.
Proceeding instead up the Esquiline hill along Via Merulana, you will arrive at the church of Santa Maria Maggiore, one of the oldest in Rome, its early mosaics and basilica encased in a baroque exterior. Here, you can see what Church legend claims as the ‘crib of Christ’, along with a ceiling painted with the first gold from the New World, sent by Queen Isabella of Spain.
A walk in the other direction on Via Merulana will take you in 5 minutes to Piazza San Giovanni in Laterano. Here you can see, and even climb, the Holy Stairs from Pontius Pilate’s palace in Jerusalem, brought to Rome by Constantine’s mother, St. Helena, where Christ was presented to the crowd before the crucifixion. The piazza also contains the largest standing obelisk in the world, transported to Rome from Karnak, Egypt in the 4th century and set up in the piazza by Pope Sixtus V in 1587, some 3000 years after it was made.

Rome’s historical and artistic heritage has created problems for modern Romans trying to live in a city that has grown and developed for 2500 years, but has been forced only in the last 60 to adapt to the presence of increasingly suffocating traffic. It can be difficult to move around in Rome, but anyone willing to make the effort will be richly rewarded. Even in the small area near the conference venue what we have mentioned here is only a sampling of the treasures to be discovered, and they are no thinner on the ground in the rest of the city.

It may seem overwhelming, but it only means you will have to come back and visit us again.
Be warned though: as the old Roman saying goes, “Non basta una vita” – a lifetime is not enough

In order to provide you with the best service possible, International House - Accademia Britannica needs to know a little about your specific situation. If you have questions, please first select a course from the list on the this page. You can always change course dates later.

CELTA (What is CELTA?)