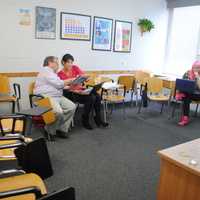 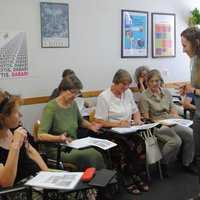 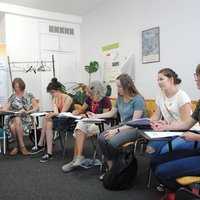 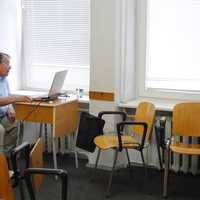 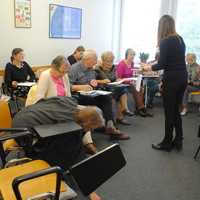 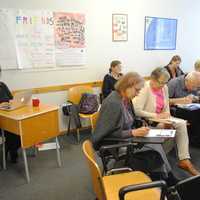 Soros International House (SIH) started in 1993 as English language teaching centre and soon became one of the largest and most highly rated language schools in Vilnius. From 1993 SIH is an affiliated member of the International House World Organisation (IHWO ) – one of the largest and oldest networks of over 150 affiliated private language teaching and teacher training centers in more than 50 countries. In 1998 SIH became a member of Lithuanian Association of Adult Education and Centre of Foreign Language Teachers Training, recognized by the Ministry of Education and Science of Lithuania. In 2003 the institution was approved by IHWO Affiliate Network as one of IH Teacher Training Centres, from 2005 to 2013 – as Instituto Cervantes Examination centre for Spanish language and in 2008 – as Pearson authorized tests centre LTE for English language. In 2013 SIH joined EURORESO – an International Association with a scientific and educational purpose. In 2013 SIH became the centre for English language proficiency testing of applicants for public service. In 2016 SIH joined Lithuanian Association of Distance and e-Learning (LieDM) and became the 1st and only CELTA centre in Lithuania.

If there is a need we can provide help for candidates in finding accommodation.

In order to provide you with the best service possible, Soros International House needs to know a little about your specific situation. If you have questions, please first select a course from the list on the this page. You can always change course dates later.

This centre has no upcoming courses listed.

Words most commonly used to describe this centre

It was a great experience, very useful

The course was a very fun and rewarding experience. I am really happy that I took the course.

All was good. Aims achieved.

The course is very demanding but there was always help when needed. It is very well organised therefore making it easier to work through all he assignments, inputs and lessons. Being able to teach right away and get feedback is the best part of the course.